Encounter Dialogues of Damei Fachang
compiled by Satyavayu of Touching Earth Sangha
DOC: Treasury of the Forest of Ancestors

Master Damei Fachang was from Huaiyang in Hubei Province. He left home at a young age to become a novice at Jade Spring Monastery in nearby Jingzhou. An avid scholar, he was known for his ability to memorize many scripture passages while still a novice, but later he became interested in Zen. After his full ordination, he soon sought out Master Ma in Hongzhou and became his student.

One day Fachang asked Master Ma, “What is Buddha?”
The master said, “This mind itself is Buddha.”
Fachang had a deep realization. He immediately made prostrations and departed for the mountains to engage in solitary practice. First investigating the famous Buddhist center at Mt. Tiantai, Fachang then entered the more remote peaks of Great Plum (Damei) Mountain and built a hut deep in the wilderness. He was said to survive off wild food such as pine and cedar nuts, and to make clothes out of lotus leaves from the forest ponds, while leading a life devoted to meditation. Unlike masters like Yanguan, Fachang remained in seclusion for many years, unknown by rulers or officials, and not receiving the support of any patrons.

One day a monk was searching the woods for a staff when he accidentally came upon Fachang's hermitage. After making acquaintances, he asked the hermit, “Master, how long have you been living here?”
Fachang replied, “I see the trees turn green in spring, and yellow in autumn, but don't count the months and years.”
Later the monk asked, “Where's the path down off the mountain?”
Fachang said, “Go following the stream.”
When the monk returned to his monastery, the news of the hermit began to circulate. When Master Ma heard about him, he sent a monk to find him, and to bring him a question. When the monk found him, he asked, “When you were with Master Ma, what did you come to understand that led you to dwell on this mountain?”
Fachang replied, “The master simply said to me that this mind itself is Buddha. Then I came to live here.”
The monk said, “These days the master's teaching is different. Now he says, 'No mind, no Buddha'.”
Fachang said, “That old man endlessly confuses people. He can keep 'no mind, no Buddha'; as for me, it's still just 'This mind itself is Buddha'.”
The monk went back and reported this to Master Ma. The master said, “The plum has ripened.”

Eventually Fachang's reputation began to spread, and students would travel into the mountain forests to receive his teaching, as he remained in his beloved wilderness home. Not until he was in his eighties did he allow his supporters to build him a larger, more accessible temple to accommodate his increasing number of students. Among his disciples was the master Hangzhou Tianlong, as well as a number of Korean monks who went on to become prominent teachers in their own country.

One day Master Damei Fachang said to his disciples, “When it comes it can't be held back. When it goes it can't be pursued.”
As the master paused, they all heard the sound of a squirrel. Then the master said, “It's just this! Not something else! Each of you, uphold and sustain it well.”
After saying these words the master passed away. 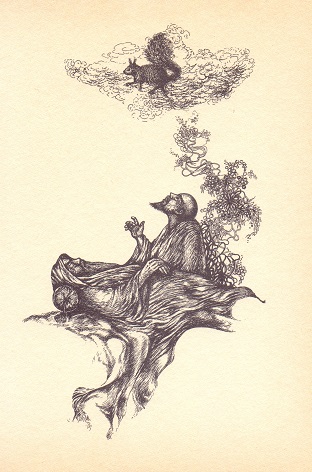