Early life
Blyth was born in Essex, England, the son of a railway clerk. In 1916, at the height of World War I, he was imprisoned as a conscientious objector at Wormwood Scrubs, before working on the Home Office Scheme at Princetown Work Centre in the former and future Dartmoor Prison. After the war, he attended the University of London, from which he graduated in 1923, with honours.

Blyth played the flute, made musical instruments, and taught himself several European languages. In 1924, he received a teaching certificate from London Day Training College. The same year, he married Annie Bercovitch, a university friend. Some accounts say they moved to India, where he taught for a while until he became unhappy with British colonial rule. Other scholars dismiss this episode, claiming it to have been invented by Blyth's mentor Suzuki Daisetsu. (Pinnington, 1997).

Korea (1925-1935)
In 1925, the Blyths moved to Korea (then under Japanese rule), where Blyth became Assistant Professor of English at Keijo University in Seoul. While in Korea, Blyth began to learn Japanese and Chinese, and studied Zen under the master Hanayama Taigi of Myōshin-ji Keijo Betsuin (Seoul branch temple). In 1933, he informally adopted a Korean student, paying for his studies in Korea and London. (Pinnington, 1997). His wife returned to England alone in 1934. He later followed her and they were divorced shortly thereafter, in 1935.

Japan (1936-1964)
Having returned to Seoul in 1936, Blyth remarried in 1937, to a Japanese woman named Kishima Tomiko (Pinnington, 1997), with whom he later had two daughters, Nana Blyth and Harumi Blyth. He moved to Kanazawa in Japan, and took a job as English teacher at the Fourth Higher School (later Kanazawa University).

When World War II broke out, Blyth was interned as a British enemy alien. Although he expressed his sympathy for Japan and sought Japanese citizenship, this was denied. During his internment his extensive library was destroyed in a bombing raid.

After the war, Blyth worked diligently with the authorities, both Japanese and American, to ease the transition to peace. Blyth functioned as liaison to the Japanese Imperial Household, and his close friend, Harold Gould Henderson, was on General Douglas MacArthur's staff. Together, they helped draft the declaration, Ningen Sengen, by which Emperor Hirohito declared himself to be a human being, and not divine.

By 1946, Blyth had become Professor of English at Gakushuin University, and tutored Crown Prince (later emperor) Akihito in English. He did much to popularise Zen philosophy and Japanese poetry (particularly haiku) in the West. In 1954, he was awarded a doctorate in literature from Tokyo University, and, in 1959, he received the Zuihōshō (Order of Merit) Fourth Grade.

Blyth died in 1964, of a brain tumour and complications from pneumonia, in the Seiroka Hospital in Tokyo.

He was buried in the cemetery of the Shokozan Tokei Soji Zenji Temple in Kamakura, next to his old friend, D. T. Suzuki.

Blyth and haiku
After early imagist interest in haiku the genre drew less attention in English, until after World War II, with the appearance of a number of influential volumes about Japanese haiku.

In 1949, with the publication in Japan of the first volume of Haiku, Blyth's four-volume work, haiku was introduced to the post-war Western world. Blyth produced a series of works on Zen, haiku, senryū, and on other forms of Japanese and Asian literature, the most significant being his Zen in English Literature and Oriental Classics (1942); his four-volume Haiku series (1949-52), dealing mostly with pre-modern haiku, though including Shiki; and his two-volume History of Haiku (1964). Today he is best known as a major interpreter of haiku to English speakers.

Present-day attitudes to Blyth's work vary: On the one hand, he is appreciated as a populariser of Japanese culture; on the other, his portrayals of haiku and Zen have sometimes been criticized as one-dimensional. Many contemporary Western writers of haiku were introduced to the genre through his works. These include the San Francisco and Beat Generation writers, such as Jack Kerouac, Gary Snyder, and Allen Ginsberg, as well as J. D. Salinger. Many members of the international "haiku community" also got their first views of haiku from Blyth's books, including James W. Hackett, Eric Amann, William J. Higginson, Anita Virgil, Jane Reichhold, and Lee Gurga. In the late twentieth century, members of that community with direct knowledge of modern Japanese haiku often noted Blyth's distaste for haiku on more modern themes and his strong bias regarding a direct connection between haiku and Zen, a connection largely ignored by modern Japanese poets. (Bashō, in fact, felt that his devotion to haiku prevented him from realising enlightenment. In addition, many classic Japanese haiku poets, including Chiyo-ni, Buson, and Issa were Pure Land rather than Zen Buddhists.) Blyth also did not view haiku by Japanese women favourably, downplaying their substantial contributions to the genre, especially during the Bashō era and the twentieth century.

Although Blyth did not foresee the appearance of original haiku in languages other than Japanese when he began writing on the topic, and although he founded no school of verse, his works stimulated the writing of haiku in English. At the end of the second volume of his History of Haiku (1964), he remarked that "The latest development in the history of haiku is one which nobody foresaw... the writing of haiku outside Japan, not in the Japanese language." He followed that comment with a number of original verses in English by the American James W. Hackett (b. 1929), with whom Blyth corresponded.

Only two of Blyth’s own haiku are actually known, today, one composed in his Kyongsong (Seoul) Imperial University days:

On the back of a leaf.

I leave my heart
to the sasanqua flower
on the day of this journey.

In a sasanqua flower.

The latter is known his farewell haiku. This shows that he did not have strong intention of composing his haiku. Practically, he was not a creative haiku writer.
Note: The sasanqua is a camellia that blooms heavily and for long periods in autumn and early winter.

Zen in English Literature and Oriental Classics, The Hokuseido Press, 1942.

Japanese Life and Character in Senryu, The Hokuseido Press, 1959.

Volume 1: General Introduction. From the Upanishads to Huineng. 1960.

Volume 1: From the Beginnings up to Issa.

Volume 2: From Issa up to the Present. 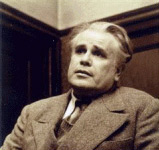